1963 the year of the Shackleton crash was also the year when Stettyn laid their foundations for Stettyn Wine Cellar. The Rolls Royce – Griffon engines of the Shackleton pairs well with our Griffin icon that keep a guardian eye on the Stettyn treasure. We would like to give back to the community, with a donation for each bottle sold towards The Friends of the SAAF Museum.

1963 was a memorable year. It marked the start of a turbulent decade in geopolitics which ended with the 1973 oil crisis. It was the year which would be remembered for the assassination of JFK and the escalation of the Vietnam War. The civil rights movement gained unstoppable momentum with Martin Luther King’s “I have a Dream” speech, which ultimately gave it mainstream appeal.

The Profumo scandal brought down the Tory government in the UK and the Beatles held their first major concert at the London Palladium, which signaled the start of the “Beatlemania”. On the African Continent it was the year of Kenyan independence and birth of the Organisation of African Unity.

In South Africa the Rivonia Trial started in October of that year, after the arrest of a number of leaders of the Anti-Apartheid struggle, including Nelson Mandela and Walter Sisulu. A month earlier, a major and tragic air crash killed 13 members of the SAAF, when the Shackleton naval reconnaissance aircraft crashed in the Stettynsberg mountains. In the shadow of the mountains the wine growers of the valley just laid the foundations of Stettyn Cellar.

Today more than a half a century later the cellar, its vineyards and wines have grown and developed in scale, quality, and complexity whilst all that remains of the ill-fated Shackleton are its Rolls Royce Griffin engines slowly decaying as time passes in a remote mountain gorge. 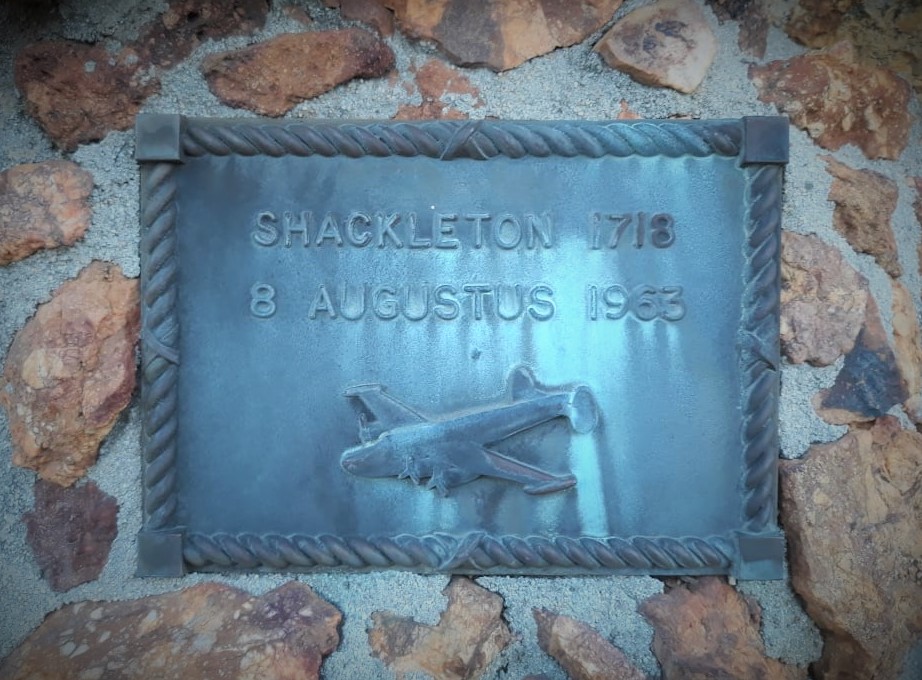 You can read the complete story of the Shackleton 1718 crash here. 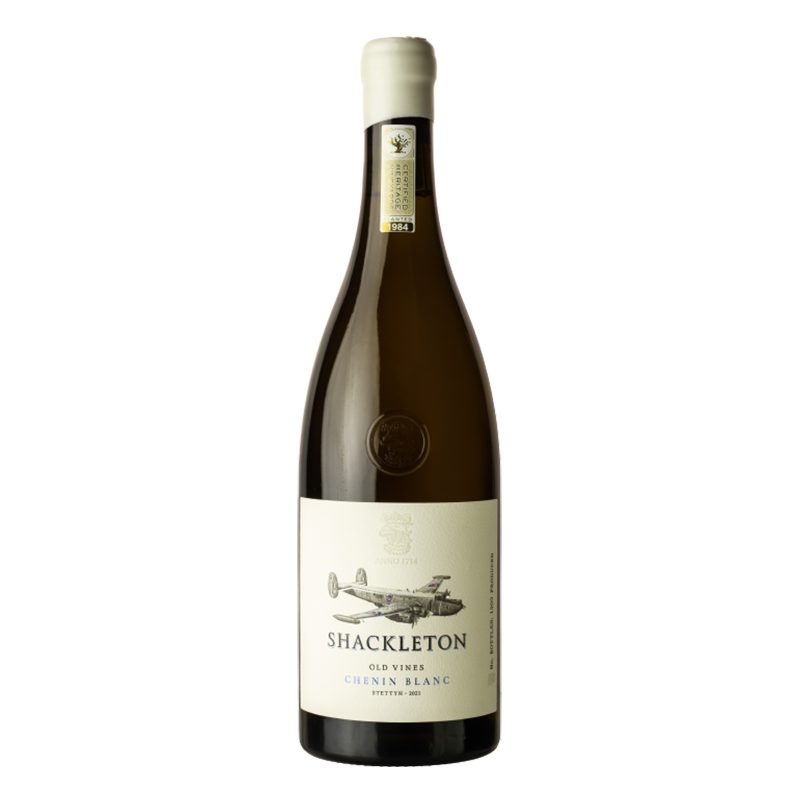 Under different regulations from wine governing bodies, specific criteria define the use of the term single vineyard on the label. Single vineyard wines are popular as the terroir of the vineyard is believed to be easier to identify and taste, and that the wine is superior, as more care and attention can be given to vines and grapes grown in a single location.
As a member of the Old Vine Project, we can add a Certified Heritage Seal on the bottle, Block 4 was planted in 1984 and produced a wine with unique character and exceptional quality.

Made with optimal ripe Chenin Blanc grapes.
Allowing a period of post – fermentation contact between wine and fermentation lees in 2nd fill French barrels for 6 months to enhance the stone fruit aromas and attractive body and texture of this Chenin.

A brilliant pale straw colour, with a promising nose of quince and stone fruit following through with a well-balanced textured pallet. A refreshing finish which keeps the Shackleton memories lingering on the aftertaste.

I was fascinated to see a Facebook feed a few minutes ago about the wine you will soon be launching and the connection it has to Shackelton 1718 that crashed nearby way back in 1963. My fascination stems from the fact that the flight engineer on that fateful mission was Sidney Sculley one my Dads best friends, uncle Sid was also my godfather! I believe that he and my Dad had become friend when they had traveled to the UK to receive training on these glorious aircraft, have you ever heard the sound of those Rolls Royce engines? They are quite emotive! Anyhow, on returning to South Africa they were based at Ysterplaat Air Force Base and at DF Malan. Flight Sargent Sculley and his wife, Doreen and their children were our next door neighbors until that terrible night. Sadly after uncle Sid died the family had to move away. My Mom and Dad remained firm friends with aunty Doreen for many years, until she also sadly passed on. My father, John Boyd, served in 35 Squadron from after World War II until he retired. He dedicated the major part of his working life to keeping the Shacks flying, working from his "office", 11 Hanger at Ysterplaat Air Force Base, where as a school boy I spent many hours marveling at this beautiful aircraft. My Dad was part of the recovery crew that was deployed to salvage what could be retrieved from the wreck and for many years our family kept photographs of the recovery team going about their grizzly duties. It must have been hell for them, especially my Dad! Those photographs were sent to the Airforce Museum at what was Waterhkloof Air Force Base, you know, where the Gupta's landed and then went to Sun City! Many years later I had the good fortune to fly in a Shackelton from Rooikop (SWA) up to the Kunene River, what an experience that was...well enough of the reminiscing about Shackelton's, I could go on all night!

Wine brightens the life and thinking of anyone.

Stettyn Wines uses cookies to improve your browsing experience.
By clicking accept, you are confirming that you are over the age of 18 (the legal drinking age in South Africa).
Should you have any queries, or enquiries about direct payments, please email [email protected].

This website uses cookies to improve your experience while you navigate through the website. Out of these, the cookies that are categorized as necessary are stored on your browser as they are essential for the working of basic functionalities of the website. We also use third-party cookies that help us analyze and understand how you use this website. These cookies will be stored in your browser only with your consent. You also have the option to opt-out of these cookies. But opting out of some of these cookies may affect your browsing experience.
Necessary Always Enabled
Necessary cookies are absolutely essential for the website to function properly. These cookies ensure basic functionalities and security features of the website, anonymously.
Functional
Functional cookies help to perform certain functionalities like sharing the content of the website on social media platforms, collect feedbacks, and other third-party features.
Performance
Performance cookies are used to understand and analyze the key performance indexes of the website which helps in delivering a better user experience for the visitors.
Analytics
Analytical cookies are used to understand how visitors interact with the website. These cookies help provide information on metrics the number of visitors, bounce rate, traffic source, etc.
Advertisement
Advertisement cookies are used to provide visitors with relevant ads and marketing campaigns. These cookies track visitors across websites and collect information to provide customized ads.
Others
Other uncategorized cookies are those that are being analyzed and have not been classified into a category as yet.
SAVE & ACCEPT
0
0
Your Cart
Your cart is empty
Continue Shopping
×